The Top 10 Fastest Motorcycles In The World Today

Top 10 Fastest Motorcycles In The World

You might want to try the top 10 fastest motorcycle in the world. At least, you want to feel awesome on one of the most advanced technology. This is not a dream. Now, super motorbikes are being designed by different companies to take a competition for the real king of street. How much do you know about your current motorbike?

Imagine owning one of these bad-boys. Riding it into the sunset on a clear road with your dream girl holding tight onto you while adrenaline pumps through your veins giving you the best feeling ever. Kind of a dream come true isn’t it? That is what the manufacturers of these beauties aim to give their customers – Perfection on two wheels. Let’s take a quick look at the top 10 Fastest Motorcycles In The World 2016 and see how fast they can be.

Our top starts with the Ducati 1098 s. This splendor is not only one of the fastest bikes in the world but it is also the favourite of many, being one of the most bought super-bikes. It can reach 60 mph in less than 3.0 seconds thanks to its 180 horsepower. The Ducati 1098 s is classified as a sportbike. Now, the thing about sportbikes is that they should be lighter in order to improve handling – This Ducati only weighs 173 kg (381 lbs)! Due to its highly efficient four valves per cylinder engine the motorcycle can reach up to 169 mph granting it the rightful place in this top!

The Japanese company Yamaha truly broke the ice when they released the Yamaha YZF R1. By combining awesome horsepower, lightweight and the responsiveness that a 600-class chassis affords the Yamaha YZF R1 becomes the best racing motorcycle you could possibly hope for! The 128 HP that the motorcycle has comes from a 4 cylinder 4 valve engine that can reach the astonishing speed of 172 mph. It is believed that the R1 was unveiled as a response to Honda’s release of the CBR929RR that could have taken the spotlights away from the YZF! 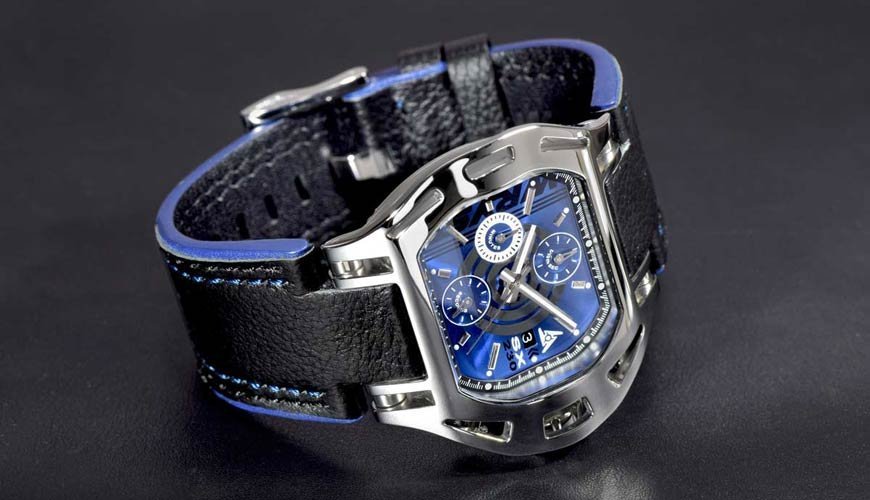 The RSV R was an instant success right as it was released in the late 1999! The motorcycle rapidly gained popularity by winning sportsbike shoutouts around the globe. Although the company which made this motorcycle is Italian the 998 cc V-twin engine was manufactured by the Austrian company named Rotax.
When it comes to racing, the Aprilia is one of the most famous models that is used in competitions, especially the RSV 04 model. The 1000 Mille R impresses through the fact that although it only has 998 cc engine, it can generate 138 hp and still be faster! Also, this Aprilia motorcycle uses a 6 speed chain drive transmission system.
You can expect this bike to grab a top speed of 278 km/h.

Over the years, the MV Agusta has undergone a “style revolution” and you can tell they hit the jackpot with this particular model. The MV Agusta F4 1000 R is what strengthened the Agusta image. Initially, the MV Agusta was manufactured by Italian automotive giant Ferrari. It was intended to become a luxury item but the plan changed once the manufacturers found out that the buyers were much more interested in the speed of the motorcycle rather than its looks. Using a powerful 4 cylinder, 16 radial valves, DOHC, liquid -cooled 174 HP engine, the motorcycle can reach up to 286.7 km/h as its top speed!

Undoubtedly, this is one of the best looking bikes on the list! But let’s not forget about its other awesome features. BMW maintains the popularity of its company with this model. It is not only the best looking but its features also do not cease to amaze! Being a high-precision sport bike the K 1200 S promises unique agility as well as enormous output and when it comes to riding performance – it is simply the best! The low weight and extremely agile chassis deliver to the user superior handling in any given situation. Thanks to the transversely mounted 1157-cc 4 cylinder inline engine, the BMW K 1200 S can reach the top speed of 286.95 km/h.

This stunning motorcycle is produced by Japanese company Kawasaki and presently, Kawasaki motorcycles dominate the market in the United States. Just to make an idea of how fast it can go, the Kawasaki Ninja held the trophy for being the fastest bike to go in production ( for about one decade ).
Thanks to its amazing 11352 cc liquid-cooled engine the top speed that this beauty can reach is 299 km/h.
Kawasaki is not the only motorcycle manufacturing company but it certainly is the most known one on the market! And so is the Kawasaki Ninja model.

The motorcycle was named after the high-speed American spy-plane and was built to take back the unofficial title of World’s Fastest Motorcycle from Kawasaki. If you ask me, after building this model, they managed to do that just fine.

Even if the Blackbird‘s look was dull because of the ordinary looking bodywork the performance was certainly to crave for. Although the Super Blackbird could not manage the 306 km/h that Honda implied it could, the motorcycle was close enough and fast. The four stroke, transverse four cylinder, DOHC, 4 valve per cylinder engine ensures the motorcycle a top speed of 303 km/h. 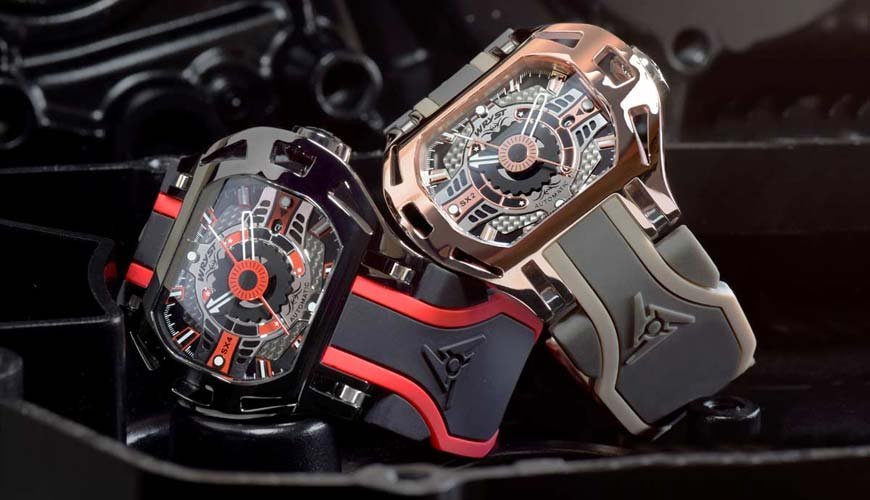 This is the one that held the Guinness World Record for the fastest motorcycle in production. The Y2K bike is powered by a gas turbine engine which belonged to a helicopter.
Yes, the bike is using a helicopter engine and the amazing speed results are not that surprising after knowing this.
However, jet engines have been used before on racing bikes but the MTT Turbine Superbike Y2K was the first one to actually be used on public road. Although the price of a Y2K rises at $150,000 buyers were plenty and so the motorcycles were built in small series every year. The motorcycle uses a Rolls Royce Allison 250 gas turbine engine that gives it a top speed of 402 km/h granting the Y2K the 3rd place on our list.

By launching the GSX1300R model, Suzuki became the manufacturer of the fastest motorcycle in production until then.
Although the previous model could reach up to 303-312 km/h that wasn’t enough for Bill Warner who was the first man to exceed 483 km/h using a Turbocharged methanol fueled Hayabusa motorcycle.
By rolling on DOT-approved BST carbon-fiber street wheels, Bill Warner smashed his previous top-speed record of 448 km/h. The Hayabusa-based racebike is designed to provide 1000 HP.

This is the real deal when it comes to speed! This 4-wheel single-passenger vehicle represents the perfect combination between extreme engineering and art. The Dodge Tomahawk is the fastest motorcycle in the world. As there was no one to actually test the top speed of the vehicle, the motorcycle has a hypothetical top speed of 643 km/h because the laws of physics and aerodynamics wouldn’t allow it to remain on the road and it could possibly fly off of it.
As far as we know, the motorcycle can not be ridden on public road probably because of the stuff mentioned above.
With a price of $550,000 the Dodge Tomahawk ensures speed with its 500 HP Viper V-10 engine that powers the dual-rear wheels. Presently, this is the fastest, most powerful bike ever made by man and maybe, in the future, they will attempt to make something even faster.

This concludes our Top 10 Fastest Motorcycles in the World 2016 article! Let us know what you think in the comments! 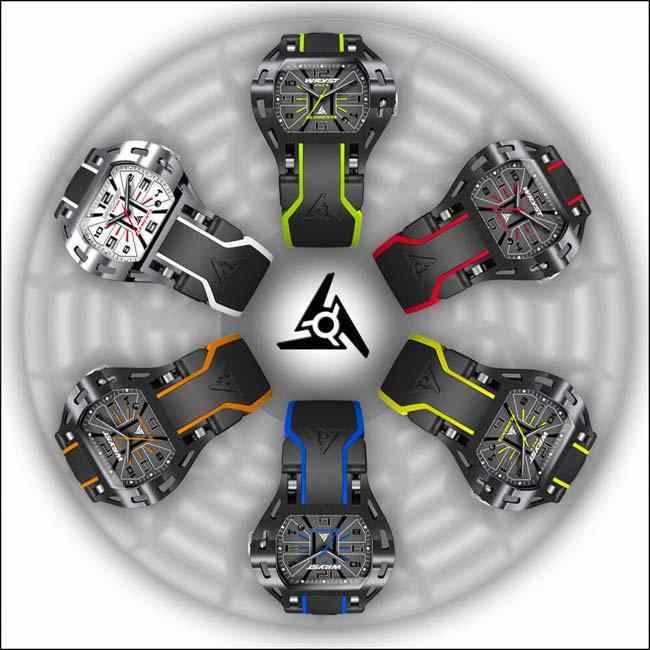 Match your sport watch with your motorbike colors!

Some nice descent fast bikes on this page, thanks!