Black racing watches for the winners of the world's fastest racing

WINNERS OF THE WORLD'S FASTEST RACING

Free racing watches for all winners. Find on this page the list of winners of the world's ultimate road race. Motorcycle and sidecar races hardly get better than this. For our fans of motorsport and aggressive looking watches, we are announcing here the results of the fastest race ever in 2018, with the top 5 best laps time and pictures in exclusivity.

All and every winner has been gifted a black chronograph racing watch Wryst, celebrating many years of the world's fastest and most dangerous races. 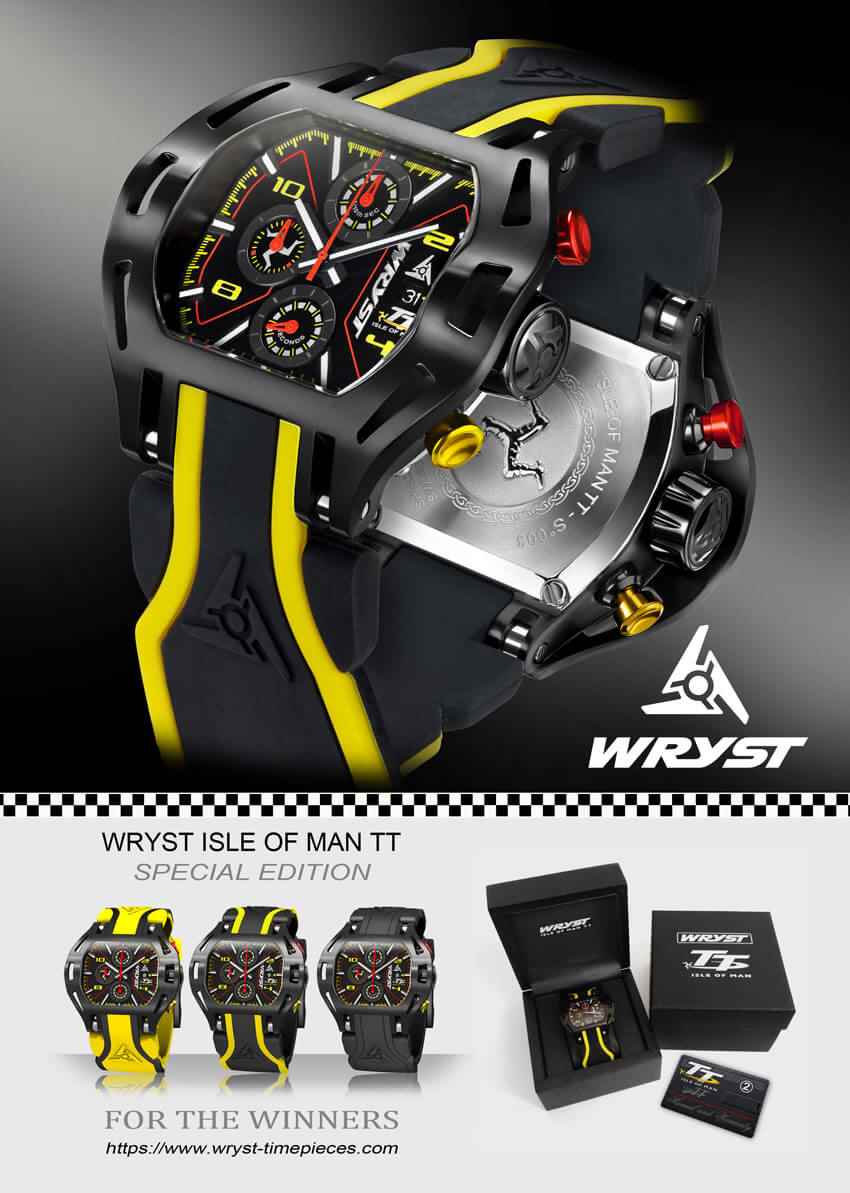 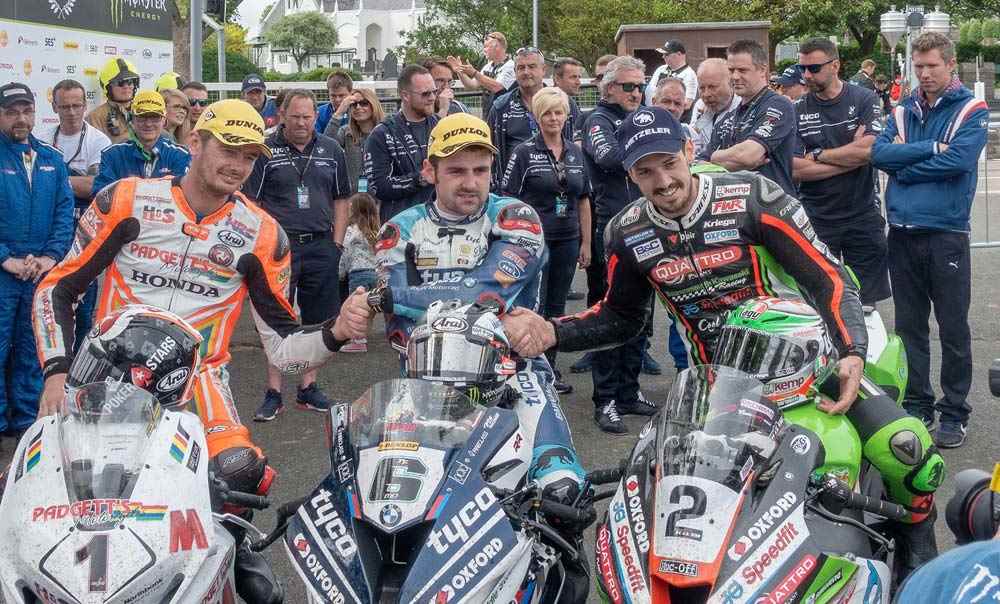 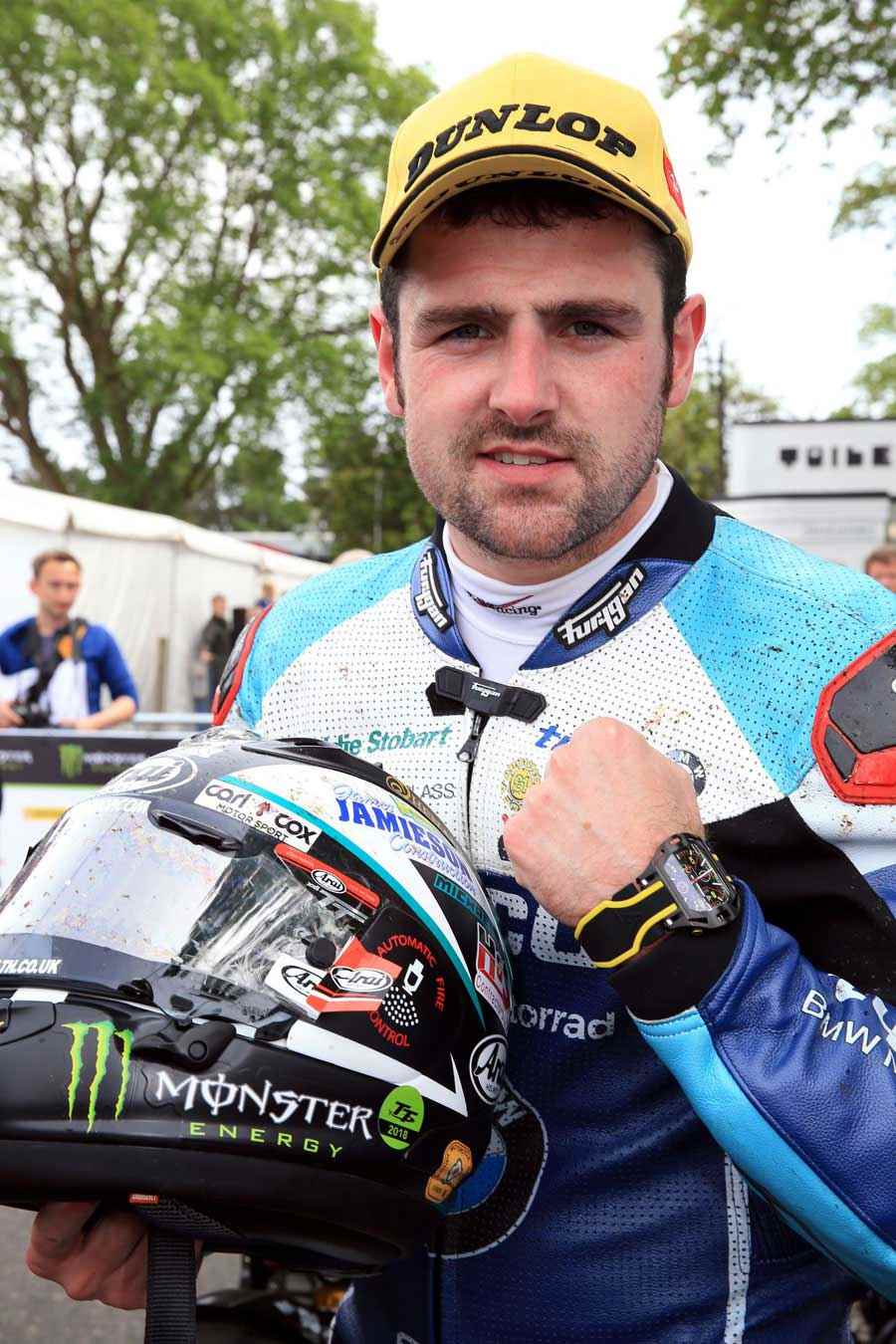 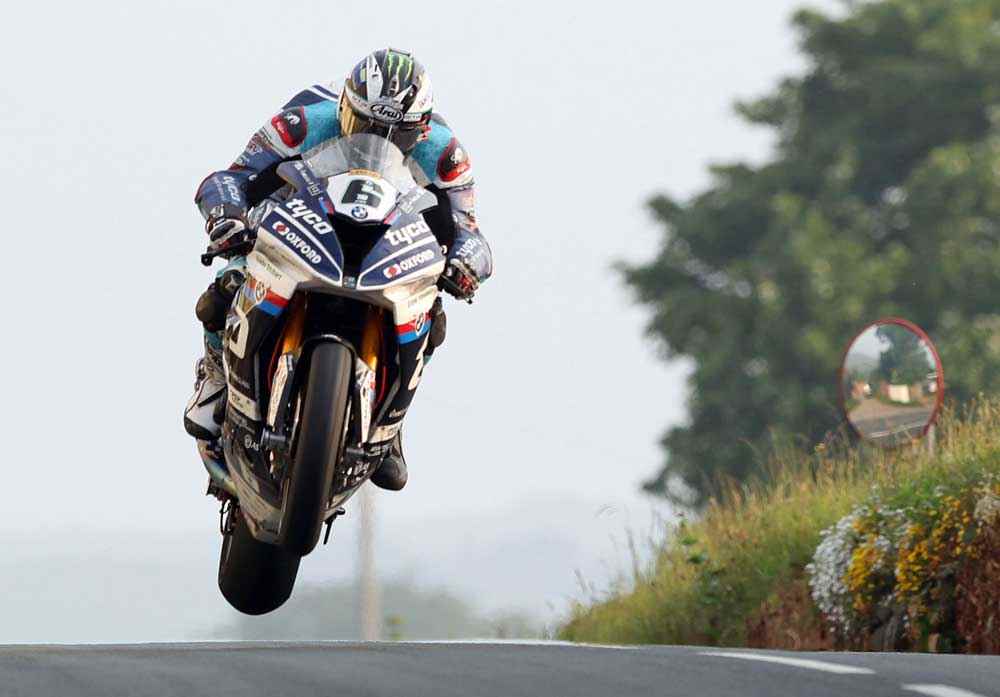 Michael Dunlop gave Tyco BMW an emotional victory in the 2018 RST Superbike race, the opening race, with the Ulsterman taking over the lead on lap four after longtime leader Dean Harrison retired at Sulby Crossroads. Dean Harrison smashed a new outright record during lap one and from a standing start to boot with an incredible opening lap speed of 134.432mph. Dunlop has received on arrival at the stand a free black racing watches Wryst. 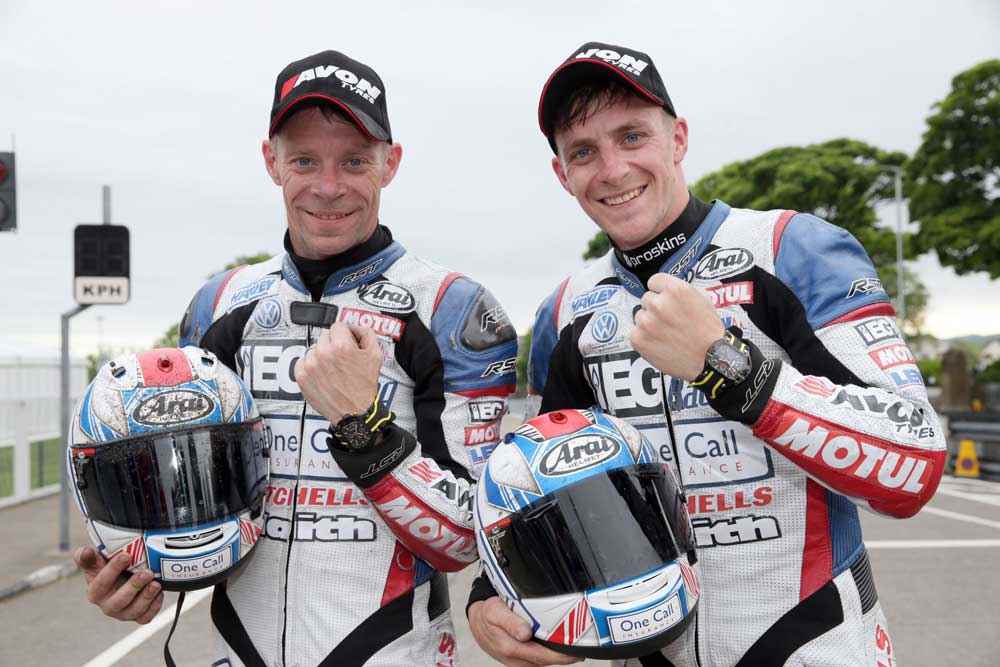 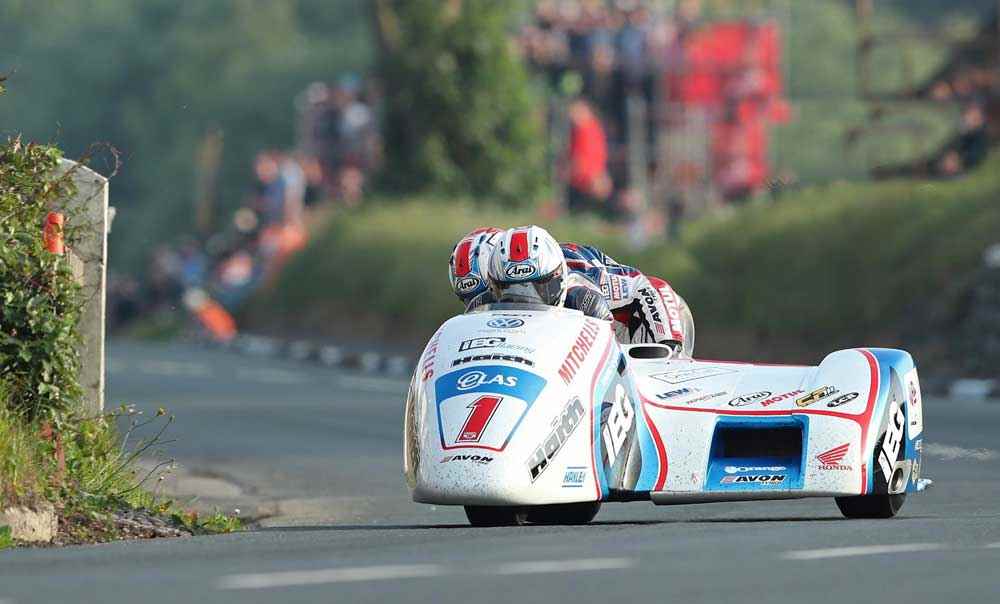 A sensational performance by Ben and Tom Birchall in the restarted Locate.im Sidecar TT Race 1. The two brothers honestly had what is needed to be at the cutting edge of sidecar racing on the course. They indeed rewrote the record books this evening with a stellar effort. Nice one guy one racing watches Wryst with black DLC coating on arrival! 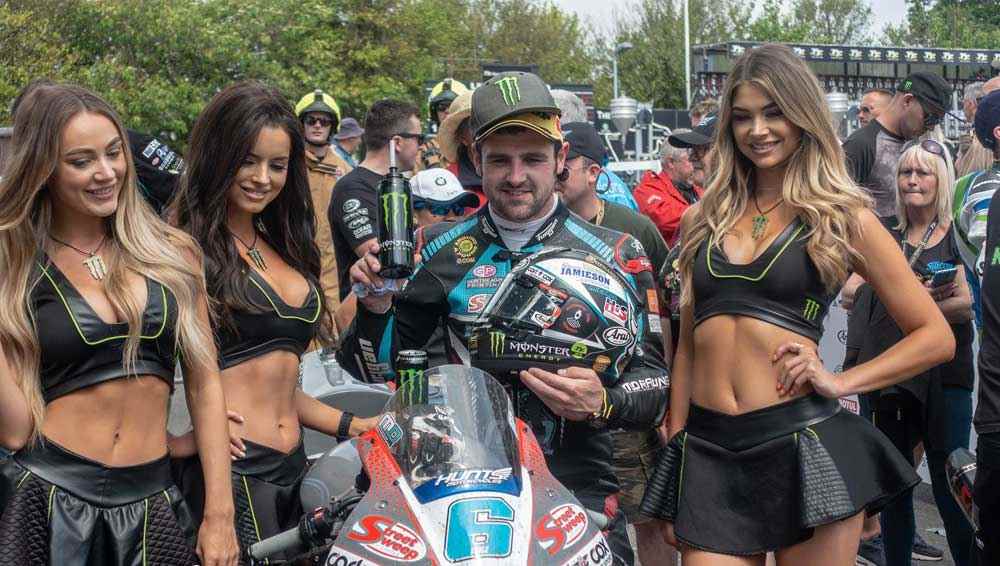 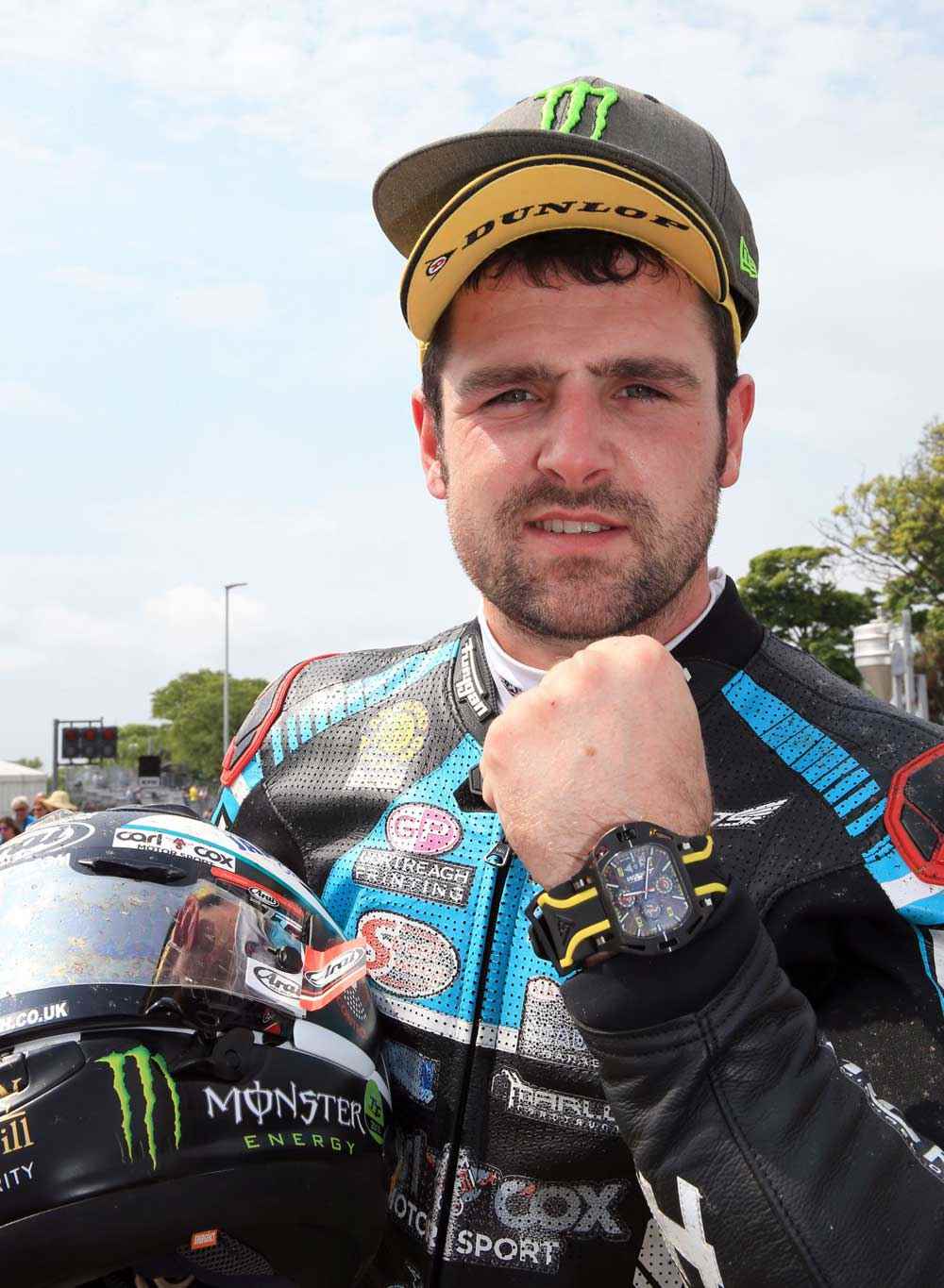 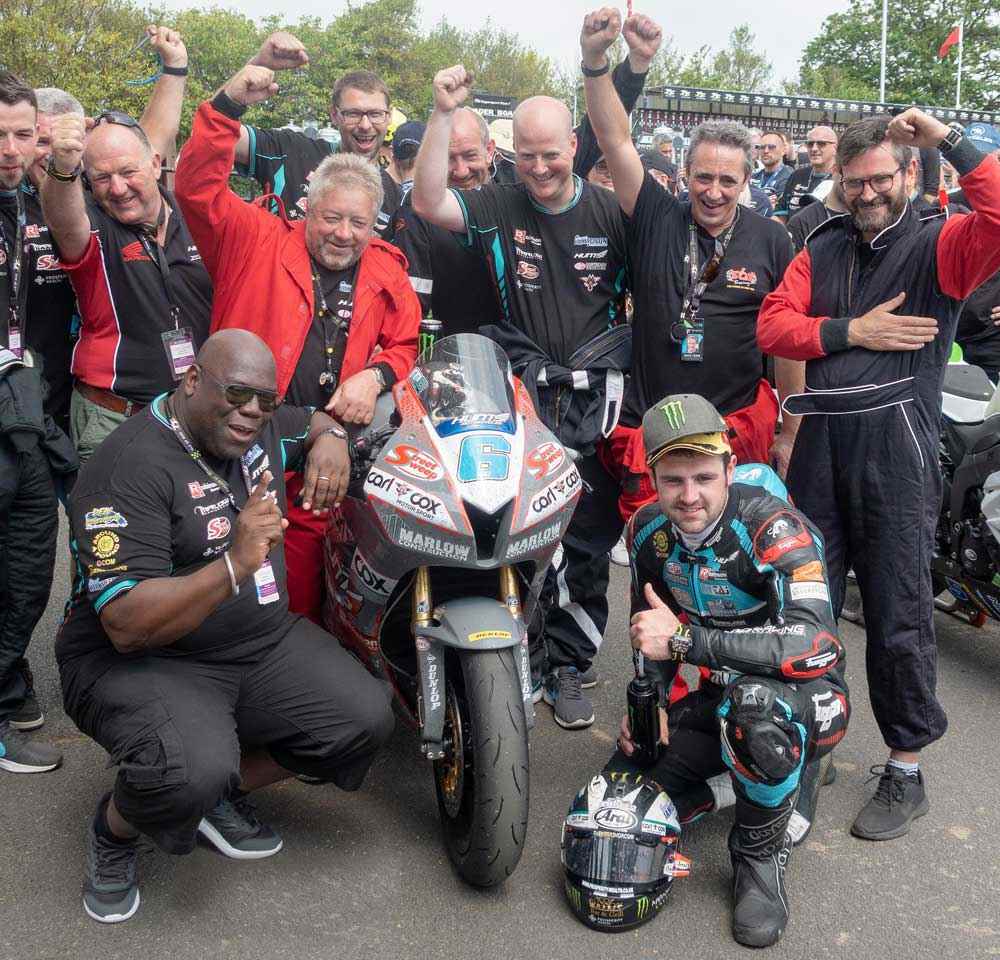 Dunlop’s second lap of 129.197mph shattered his lap record from 2013, and it propelled him to his second win of the week and 17th in total. Harrison’s second place went some way to make up for the disappointment of retiring from Saturday’s RST Superbike race with the same applying to Peter Hickman, who took third. 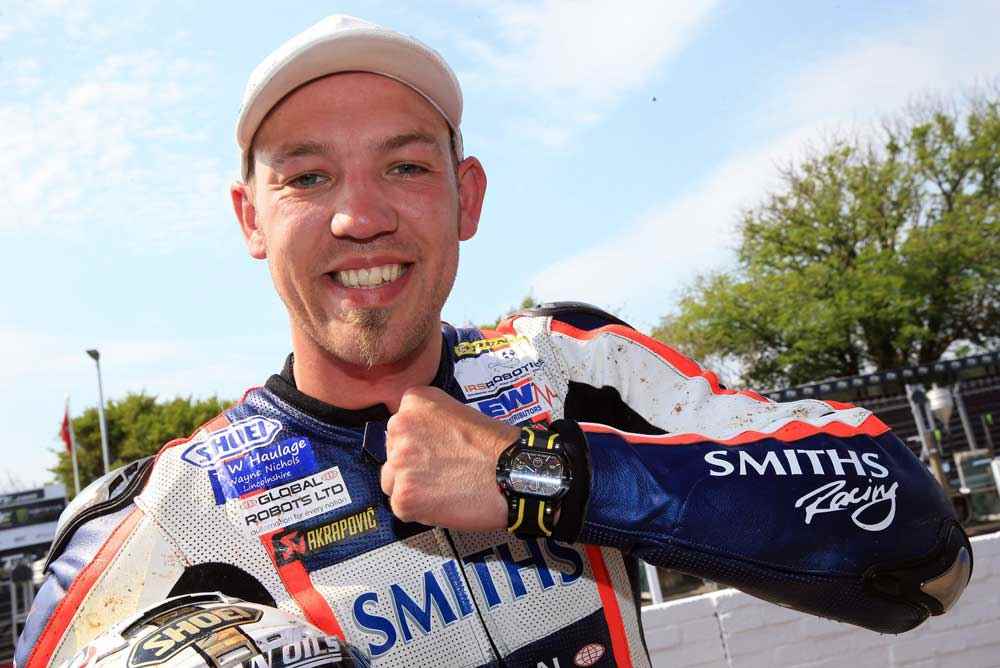 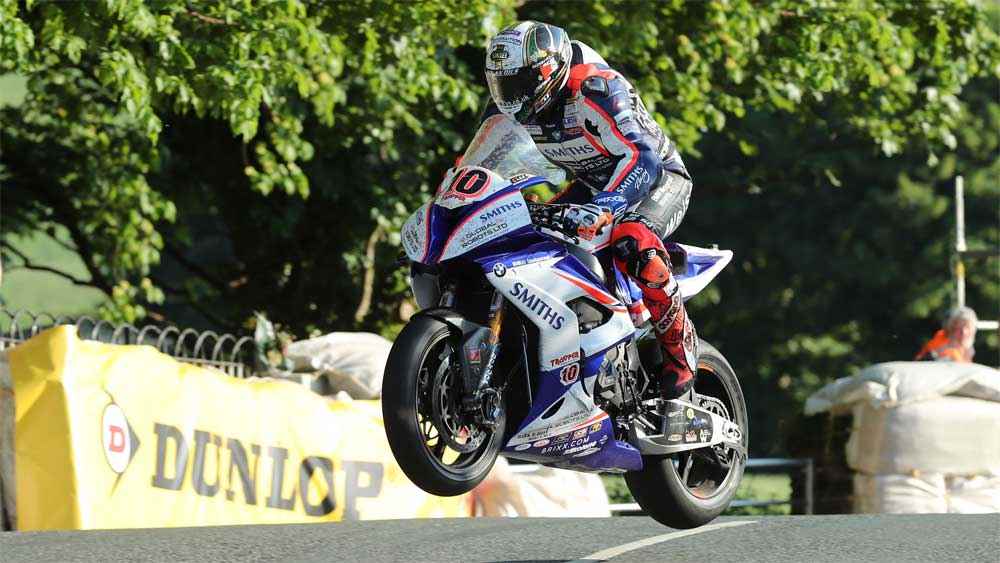 The win, lap, and race record for Peter Hickman in this afternoon's RL360º Superstock TT Race! An incredible race, with nothing splitting Peter, Michael Dunlop, and Dean Harrison for four laps. 134.403mph is the new Superstock TT lap record for Peter! Michael Dunlop and Dean Harrison dominated the early running until Hickman re-entered the fray, and from then until the finish line, there was never more than ten seconds covering the first three, and it was less than three seconds. Hickman received a free gifted black racing watches Wryst on arrival. 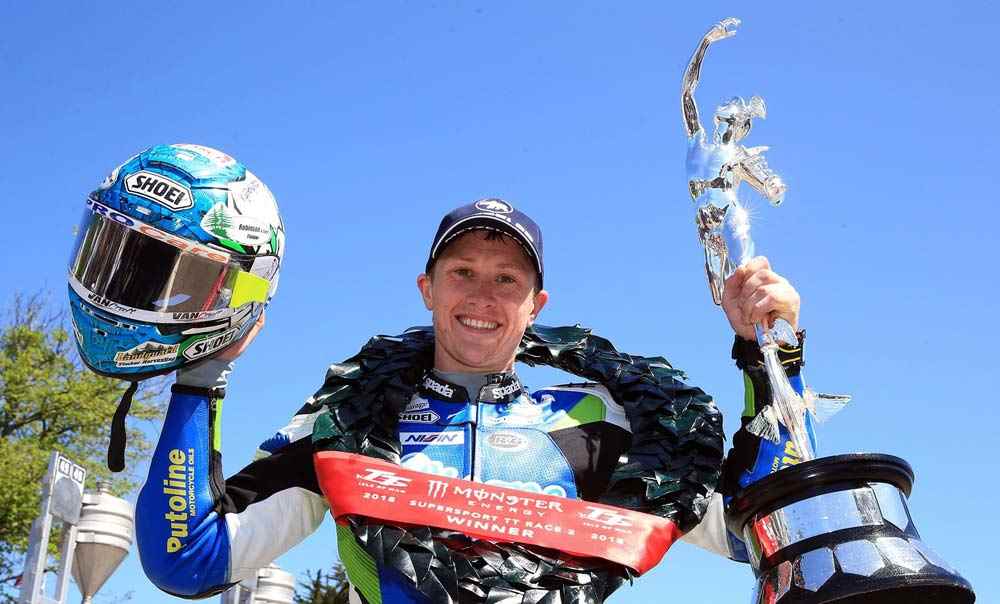 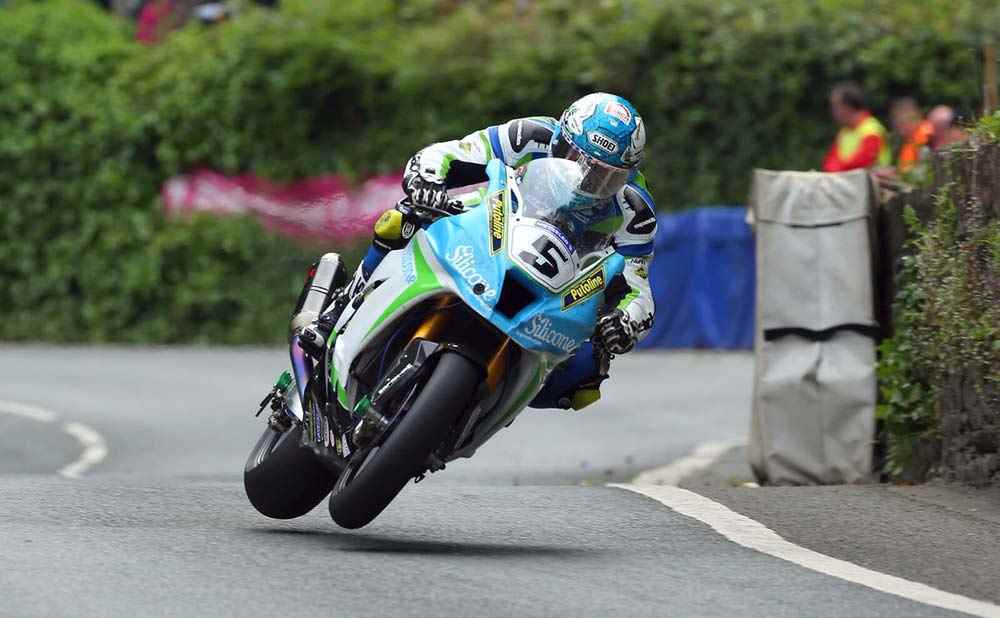 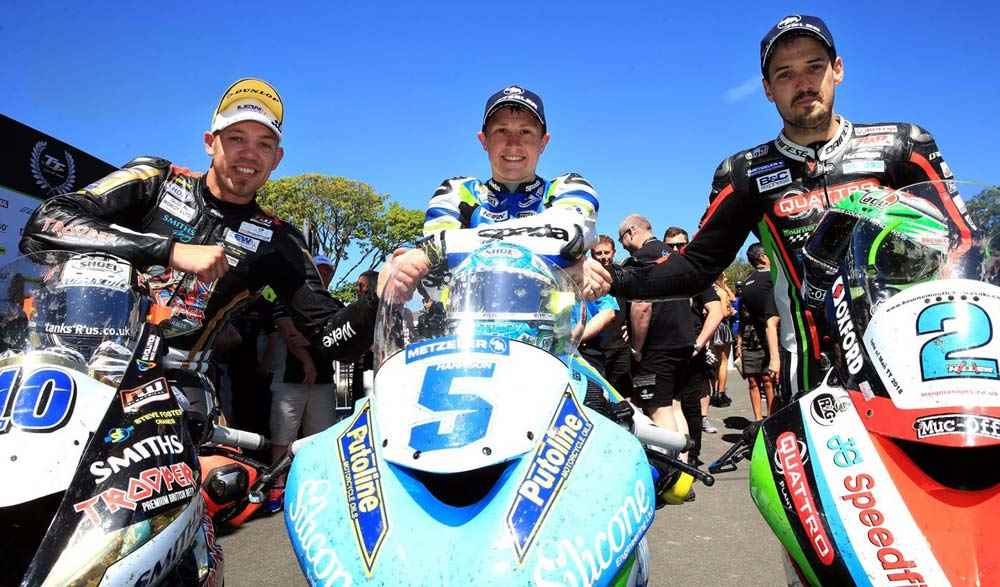 Dean Harrison takes his first TT win since 2014 with a commanding performance in the Monster Energy Supersport TT Race 2. The Silicone Engineering Kawasaki rider led from the start of the four-lap race, run in conditions that were close to perfect. Second place Peter Hickman on the Trooper Triumph by Smiths Racing. James Hillier, who had been holding the fourth place, slid into the third podium position. Harrison received a complimentary Wryst racing TT watch. 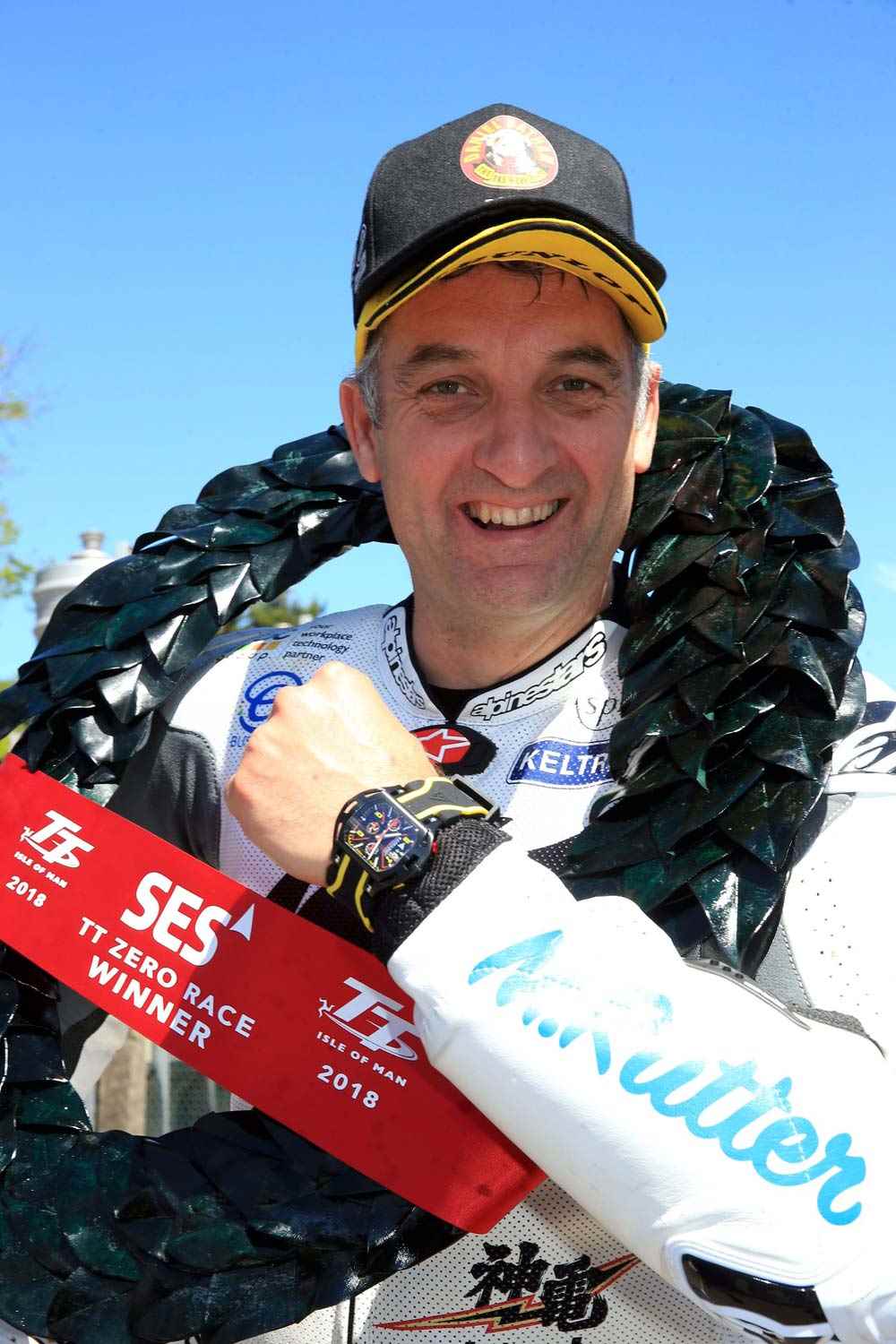 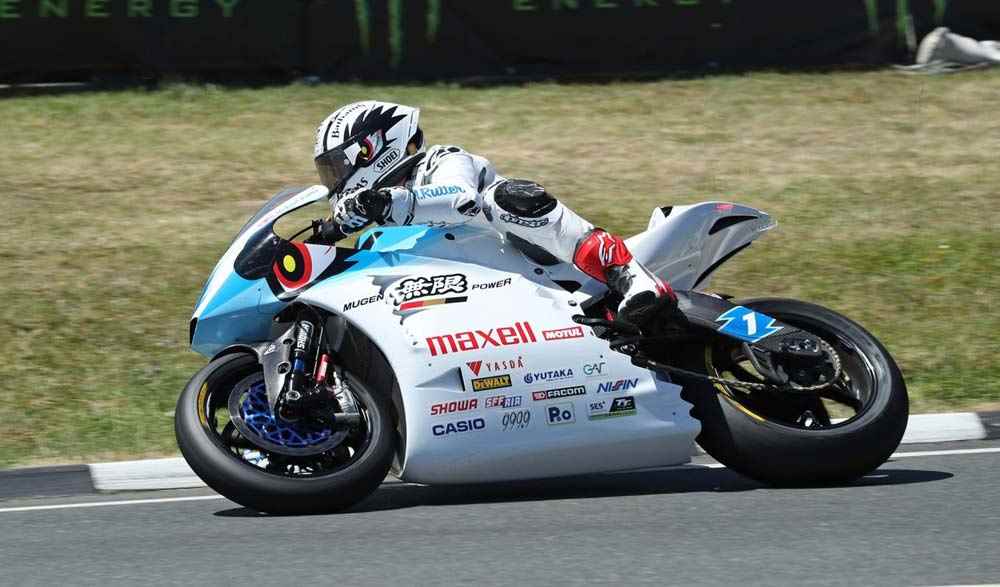 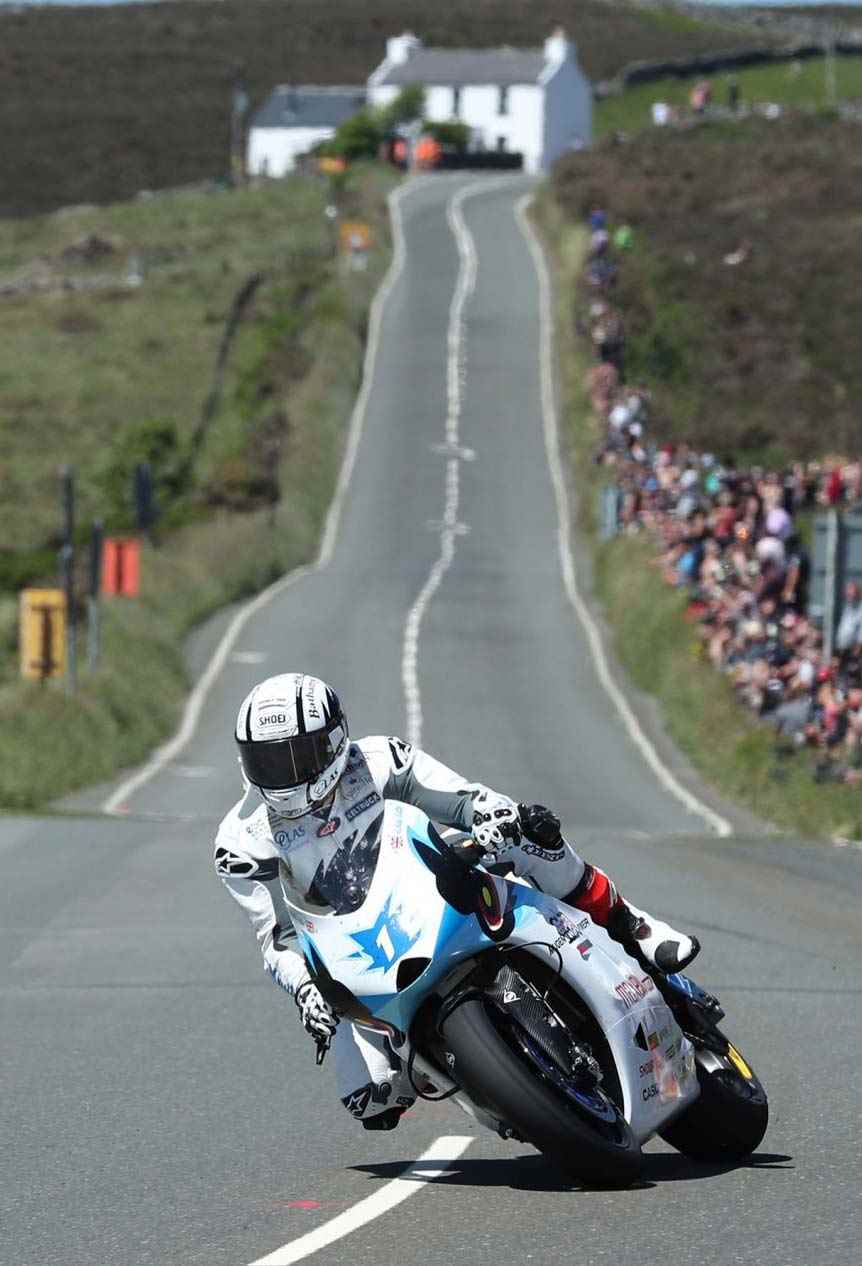 Michael Rutter, riding the team Mugen machine, became the first rider to clock a 120mph+ lap of the TT Course in winning today’s one lap SES TT Zero. Rutter was flagged away by His Royal Highness, the Duke of Cambridge, and later received his trophy from the Duke on the TT podium with a free Wryst racing watches. 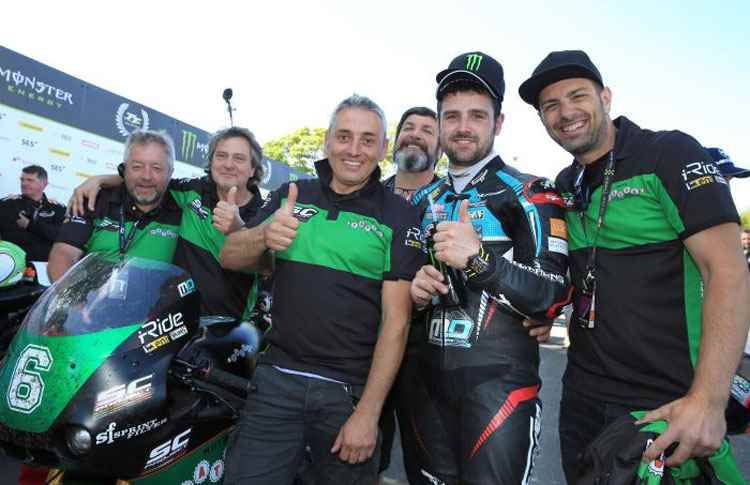 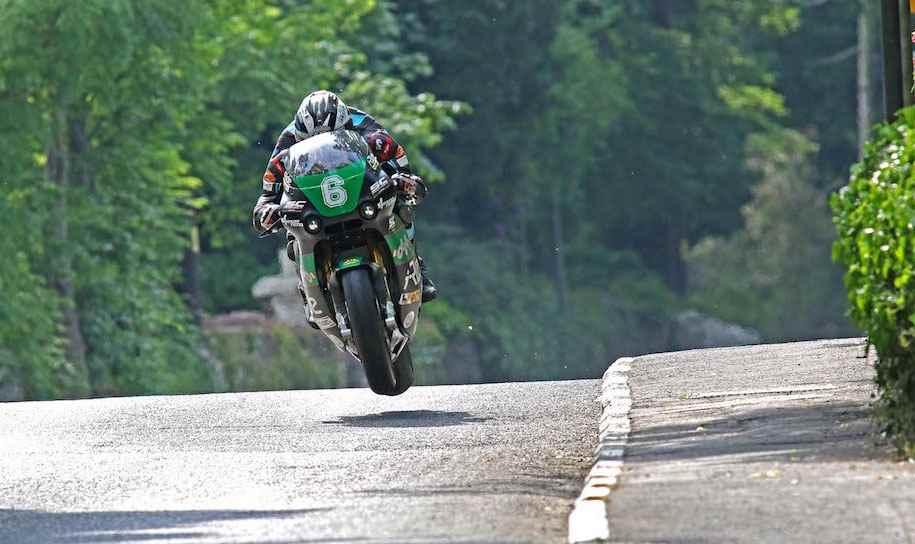 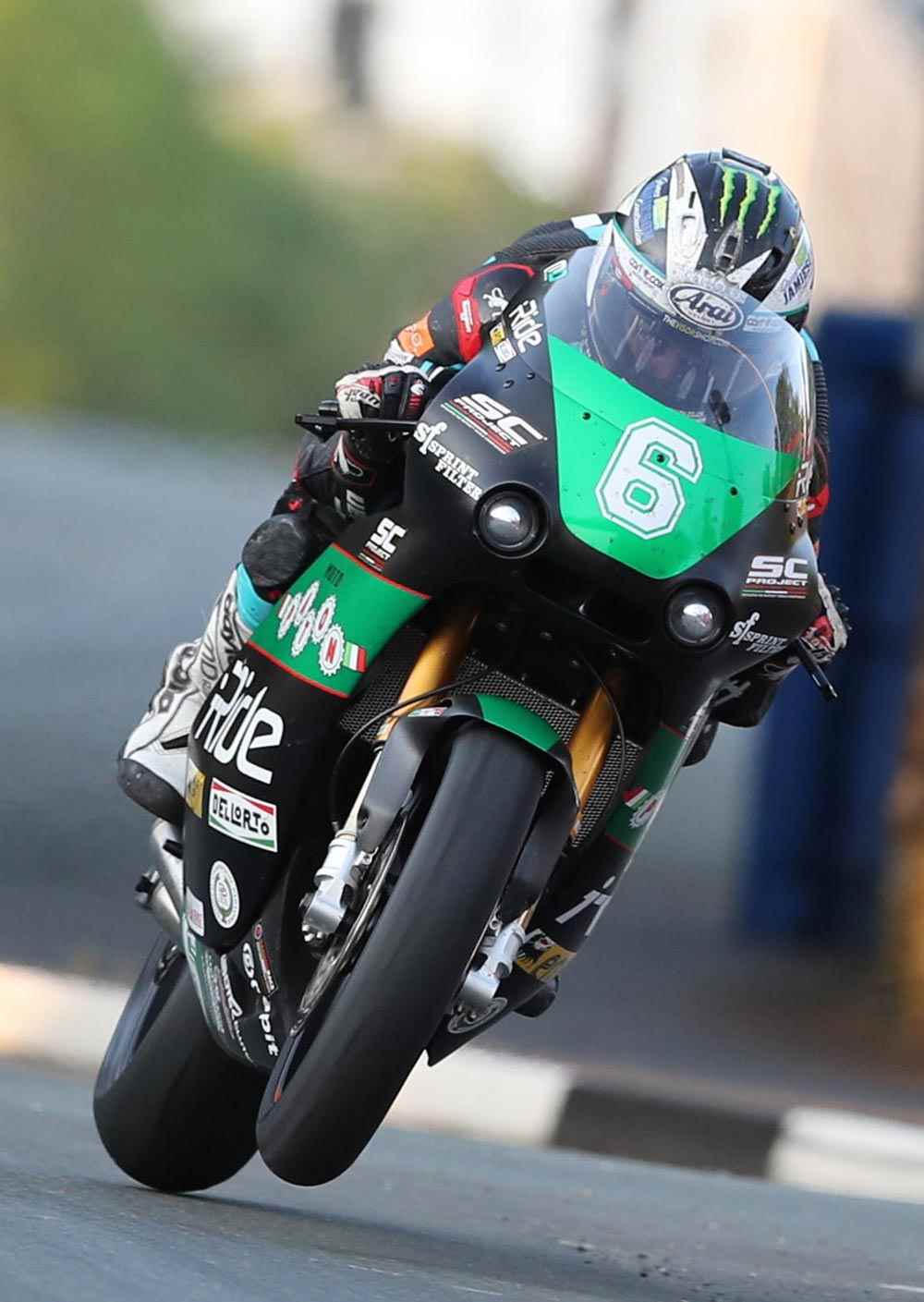 Michael Dunlop took his 18th victory in a record-breaking Bennetts Lightweight race this year. It wasn’t the most straightforward win for Dunlop. Ivan Lintin and Derek McGee joining the Ulsterman in shattering the existing lap record on the opening lap. Dunlop also broke the Lightweight lap record with 122.750mph on his fourth and final circuit. Dunlop received a second black racing watch Wryst on arrival. 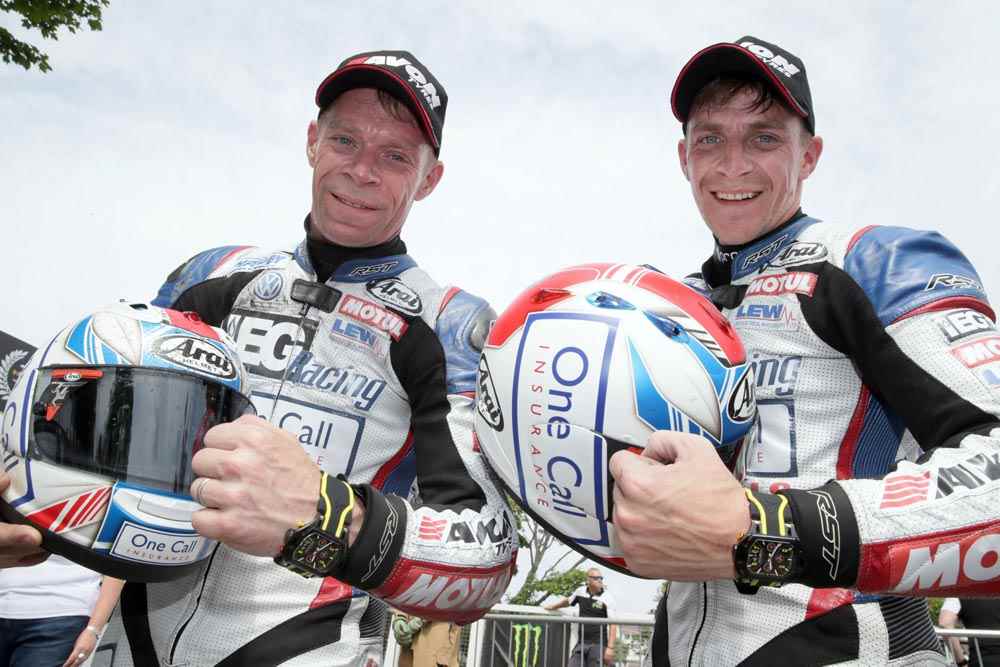 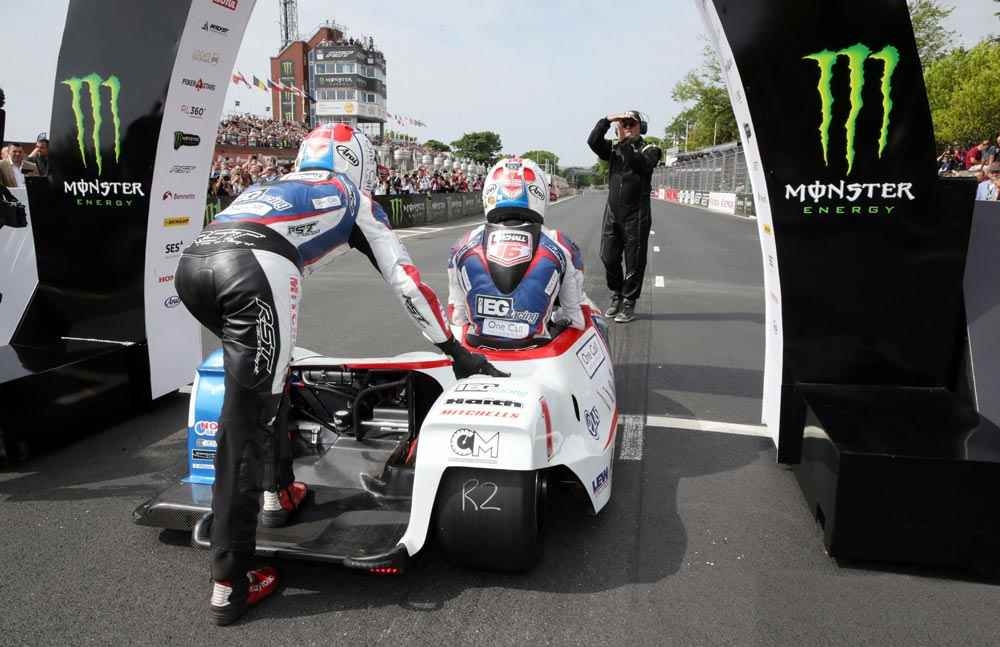 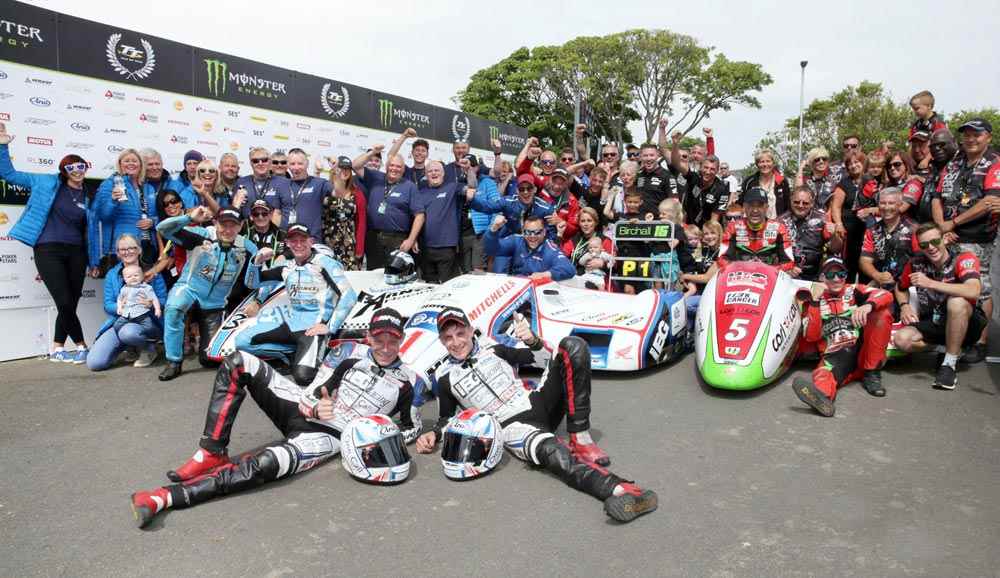 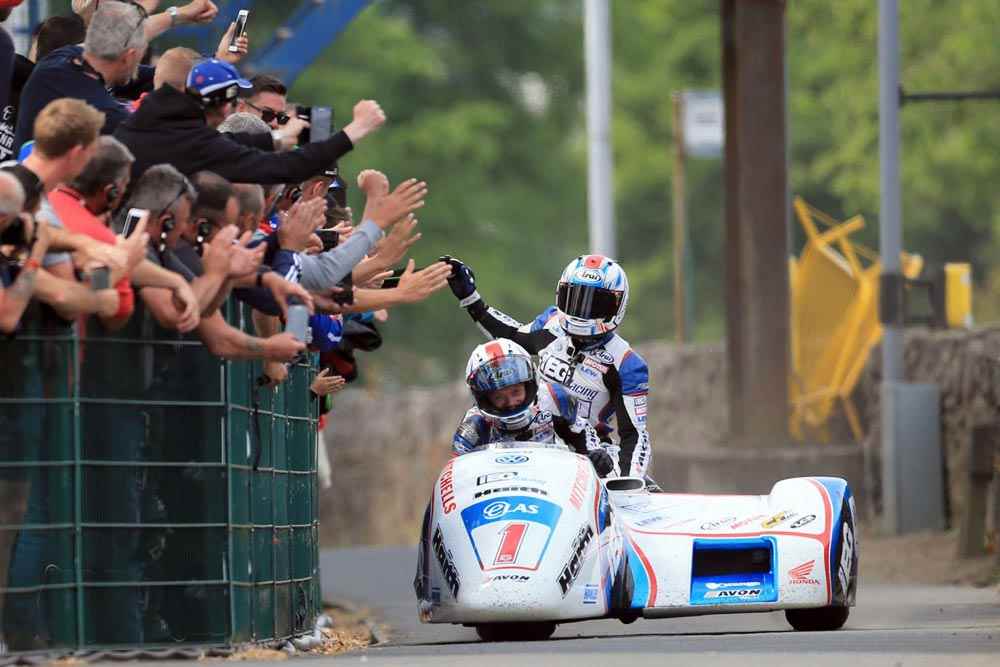 Ben and Tom Birchall created history in Friday morning’s second Locate.im Sidecar TT Race at the 2018 event when they became the first crew to lap the Mountain Course in under 19 minutes as they swept to their second win of the week, also breaking their race record from Saturday in the process. One racing watches Wryst for each winner! 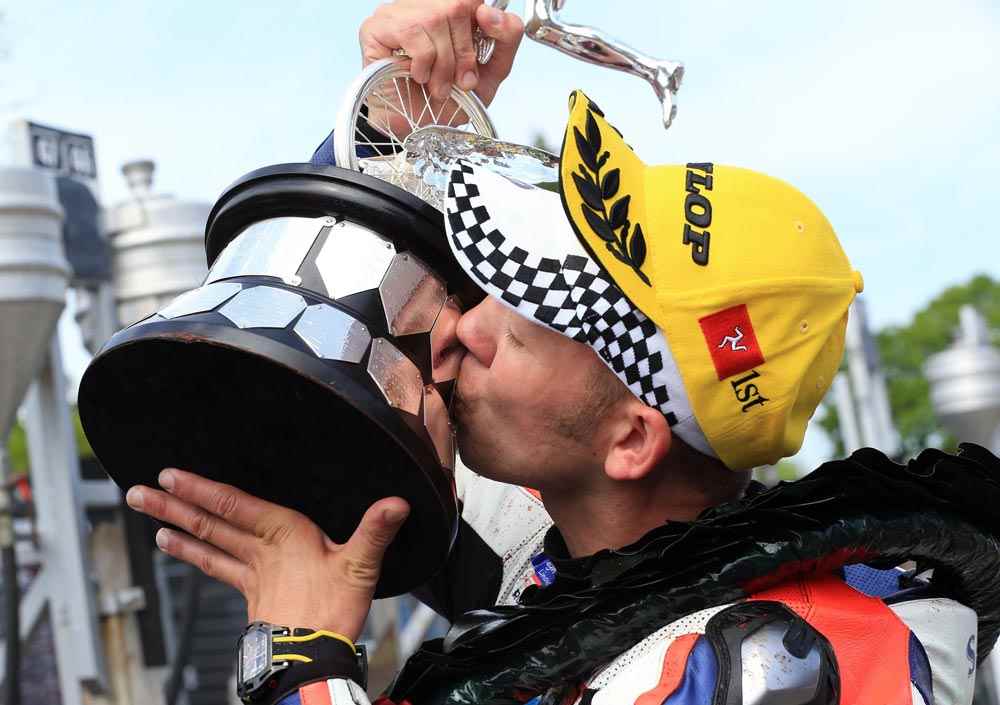 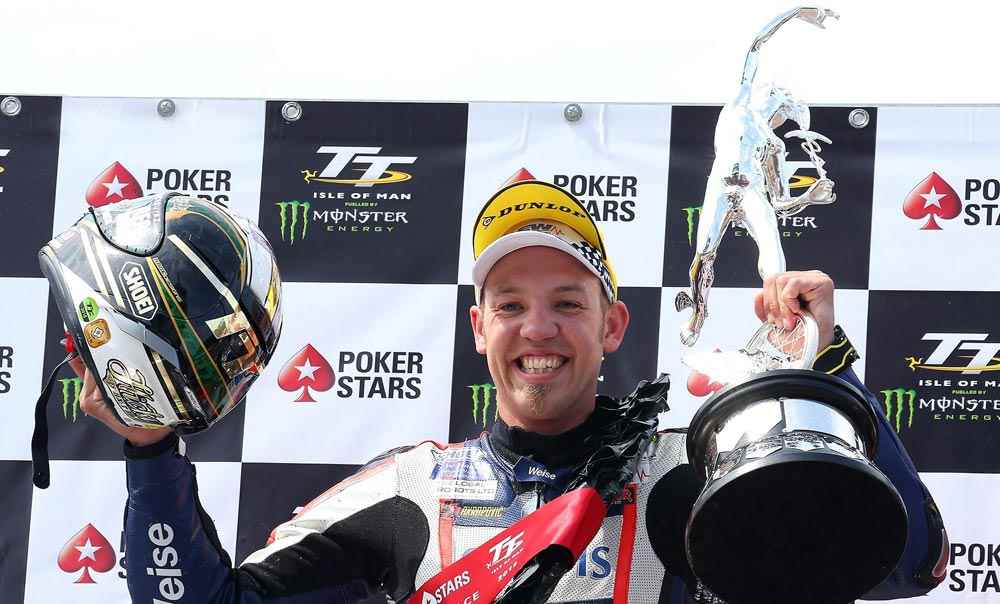 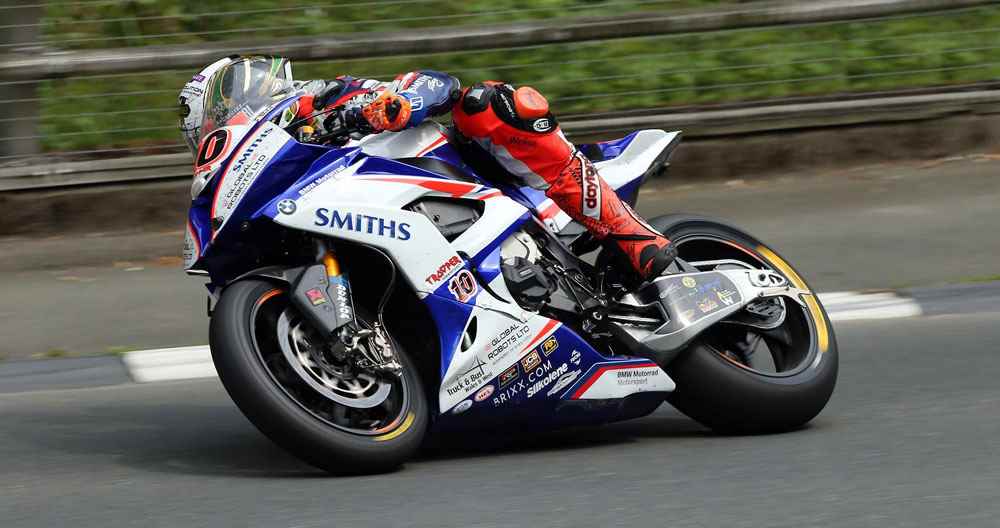 A packed trackside crowd was treated to one of the greatest races in the TT’s long, illustrious history as Peter Hickman won a sensational PokerStars Senior TT race. He set on Friday a new outright lap record of 135.452mph on the final lap to defeat Dean Harrison by just two seconds. Hickman is shown wearing his brand new gifted racing watches Wryst.

A fascinating discussion is worth comment. There's no doubt that that you ought to publish more on this topic, it might not be a taboo matter but typically people do not talk about such topics. To the next! Cheers!!

When will these TT watches become available again please?

So I hear the TT races will be at a different date in 2021 but will there be two different races next year?

What a shame we are not getting the thrills of 2020 TT races! Great design but I see the watches are discontinued. Please let me know when they are back in stock and what is your best price. I love it. W.

Fantastic motorsport timepiece! Do you know where I can buy one please?

Hi please someone contact me urgently I need to buy this watch badly thank you so much: joseragg@yahoo.com

I was lucky to secure one of these exceptional racing watch. I see now they are sold-out so I believe they will take on value...

Useful details about the TT race, I live by this event every year and can not wait for the 2019 season. Thank you and the watch is really good but too expensive for me. All the very best to you.

There are more information here than on the official TT wesite so thank you for posting the results all together in one page. Great sponsorship by the way.

Thank you for sharing this! I was at the race this year and the speed these guys are racing is totally mindblowing... My son could not believe his eyes! Cheers. Wayne