There is nothing on Earth quite like the TT Races. No other motorcycle race requires such skill, bravery and concentration levels, with speeds approaching 200mph, and, while difficult to learn and even harder to come first, the rewards for winning on the world famous course are like no other.

TT racing captures the imagination in a way no other race can and its sheer spectacle and uniqueness ensures thousands of fans flock to the Island every May and June for their annual fix. No other motorsport event can boast more than 100 years of such illustrious history, rich in tradition and legends, and to have your name inscribed on a TT trophy is to sit with the gods.

In 2015 more than 40,000 visitors flocked to the island and it was a period of highs and lows with lap records falling, a spectacular return to winning form for Bingley rider Ian Hutchinson, and a 23rd win for Morecambe’s John McGuinness, taking him closer to equalling Joey Dunlop’s record 26 wins. 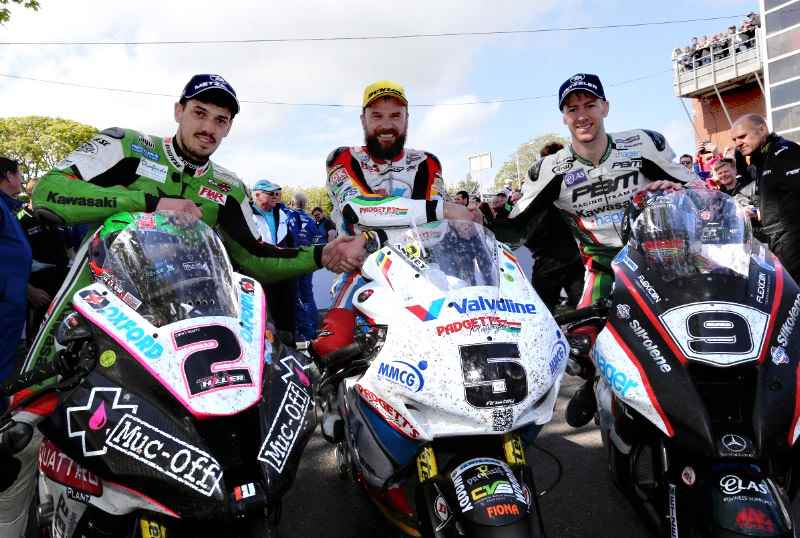 Atypical sport watch brand WRYST has rewarded winners of the 2015 edition of the iconic TT race with a Swiss watch from the Ultimate ES collection. WRYST is the only Swiss watch brand in the world to create exclusive luxury sport watches with a totally new, unique and groundbreaking style. Dedicated to sportive and charismatic individualists, all the timepieces are produced in Limited Edition and inspired by Extreme Sports and Motorsports. 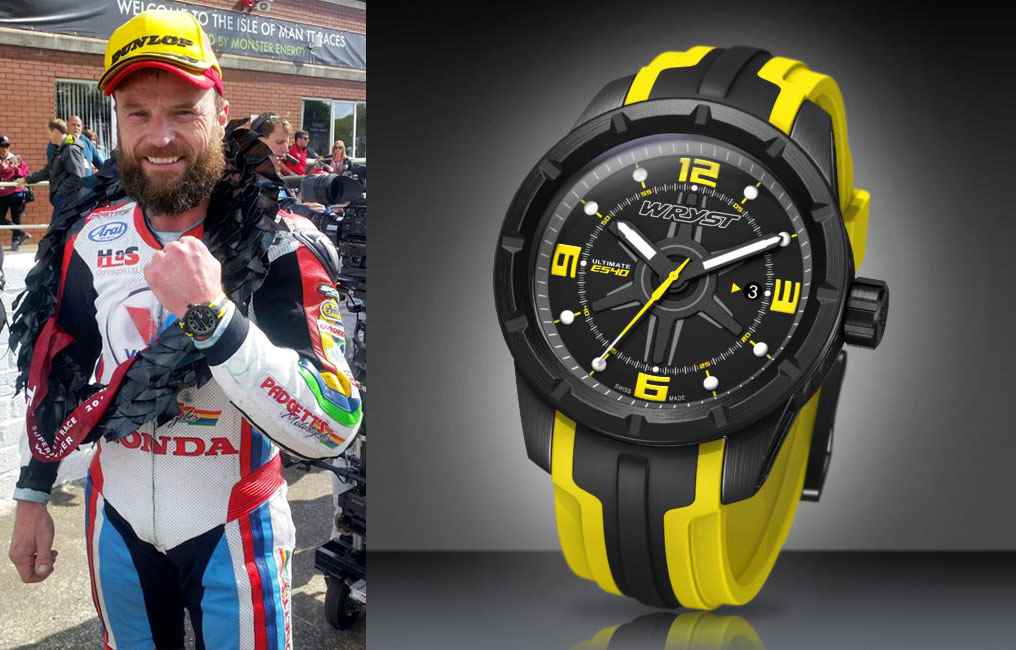 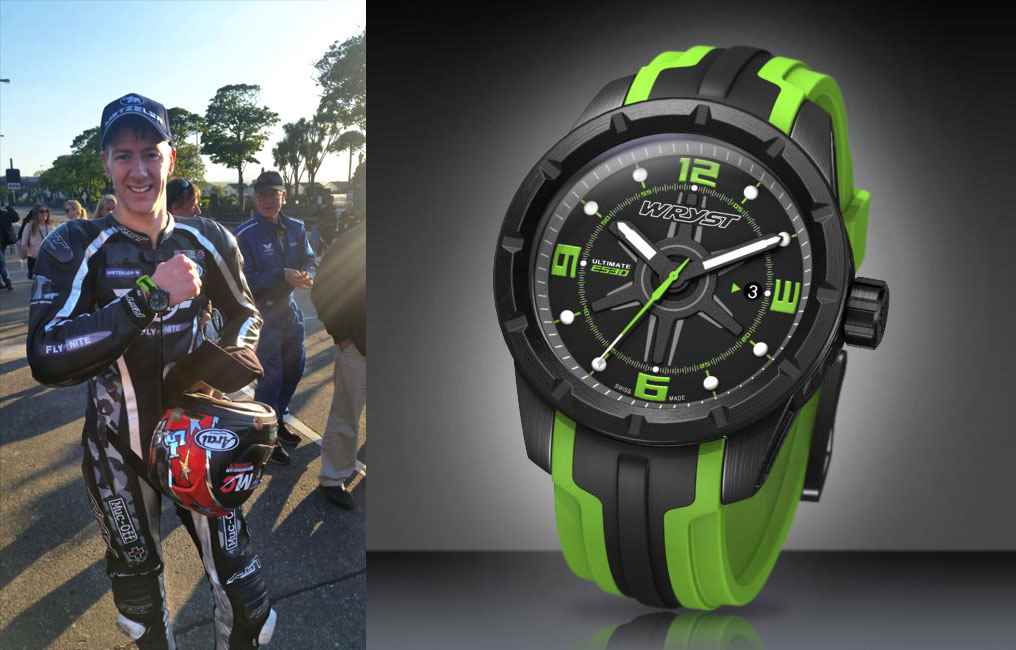 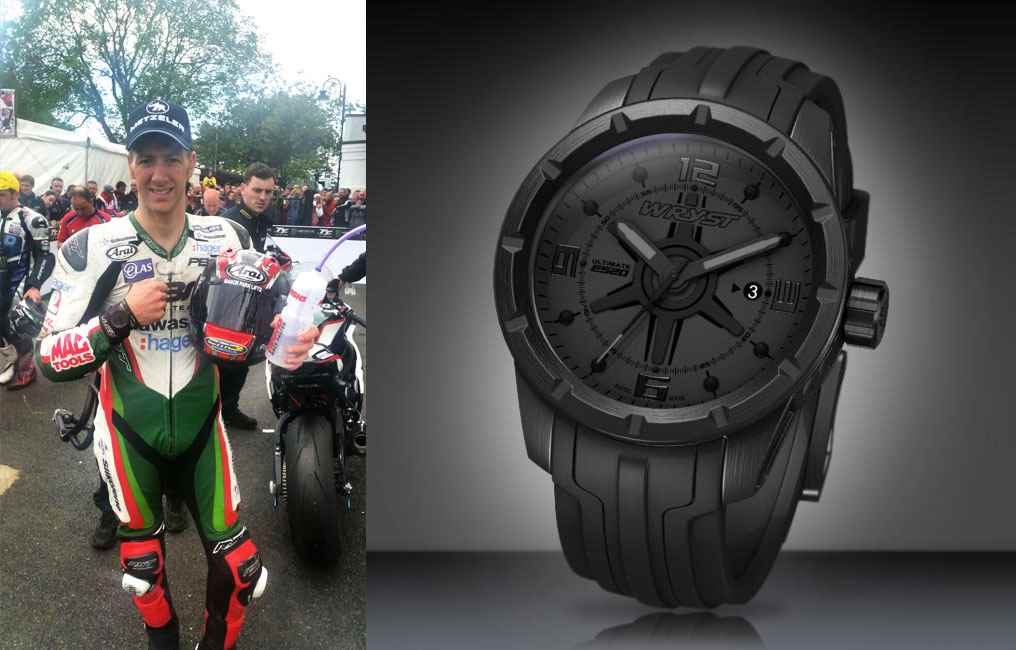 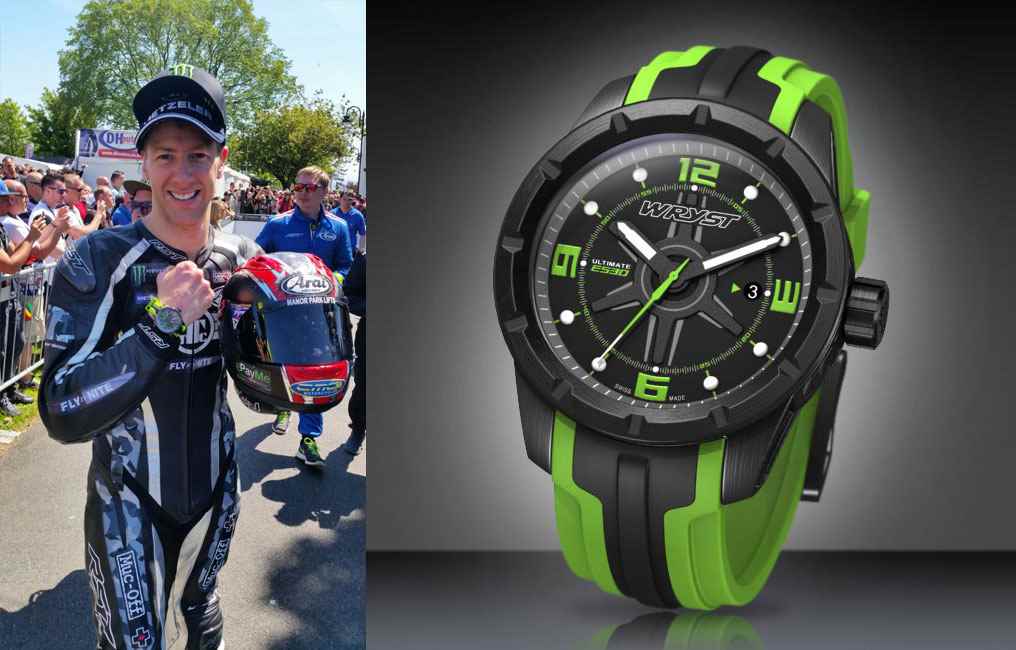 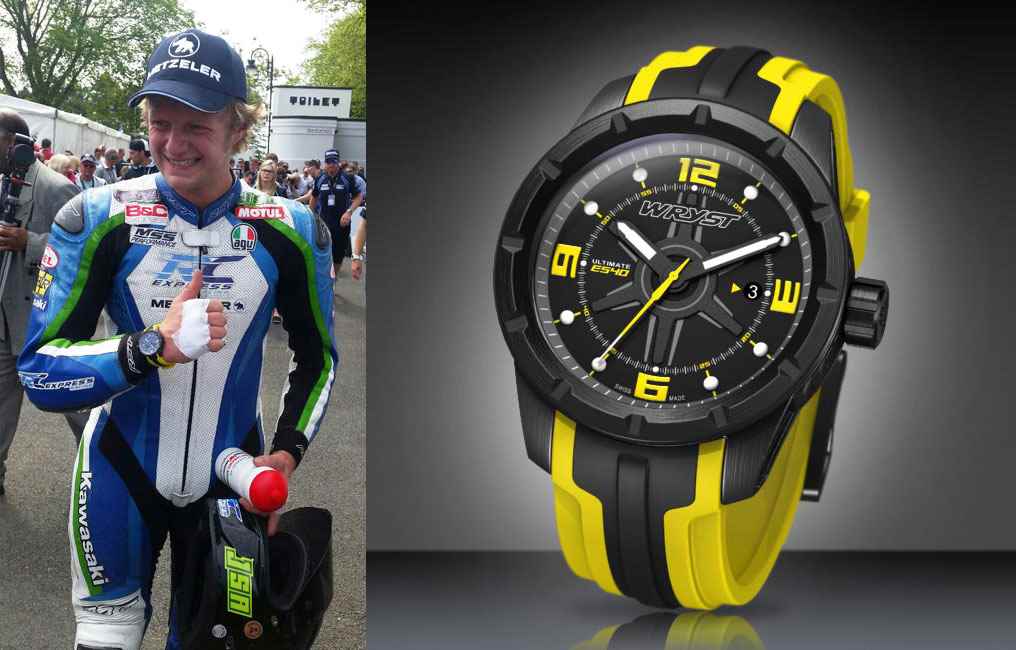 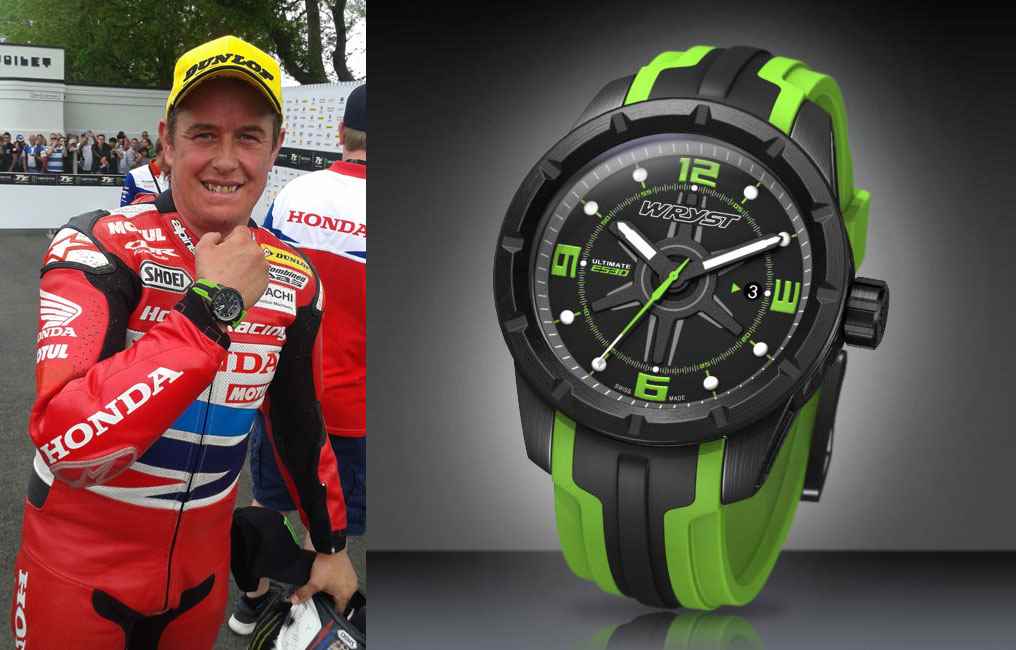 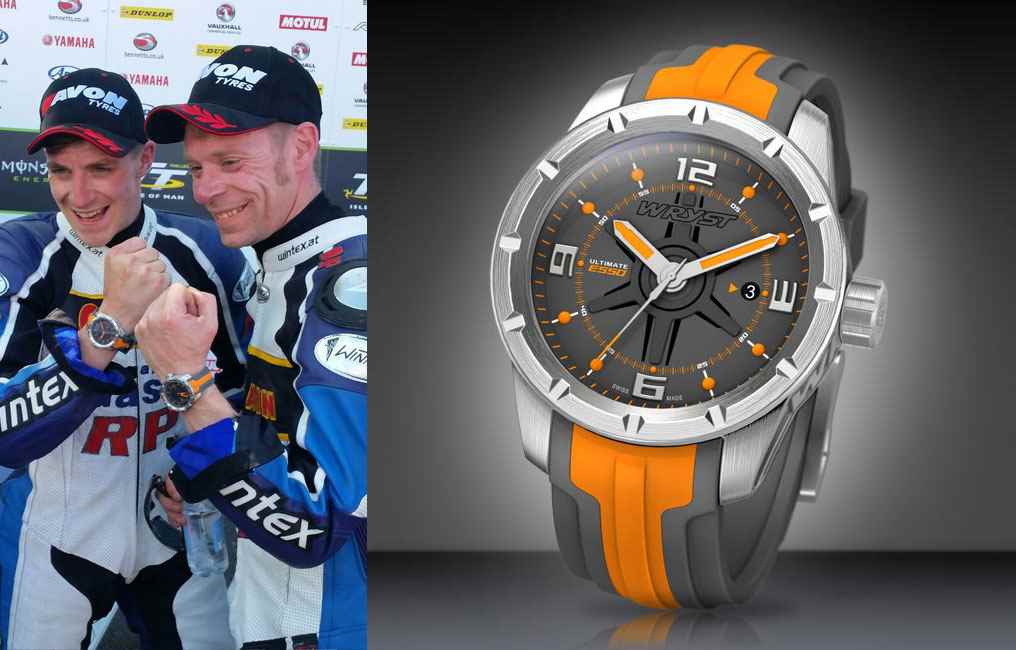 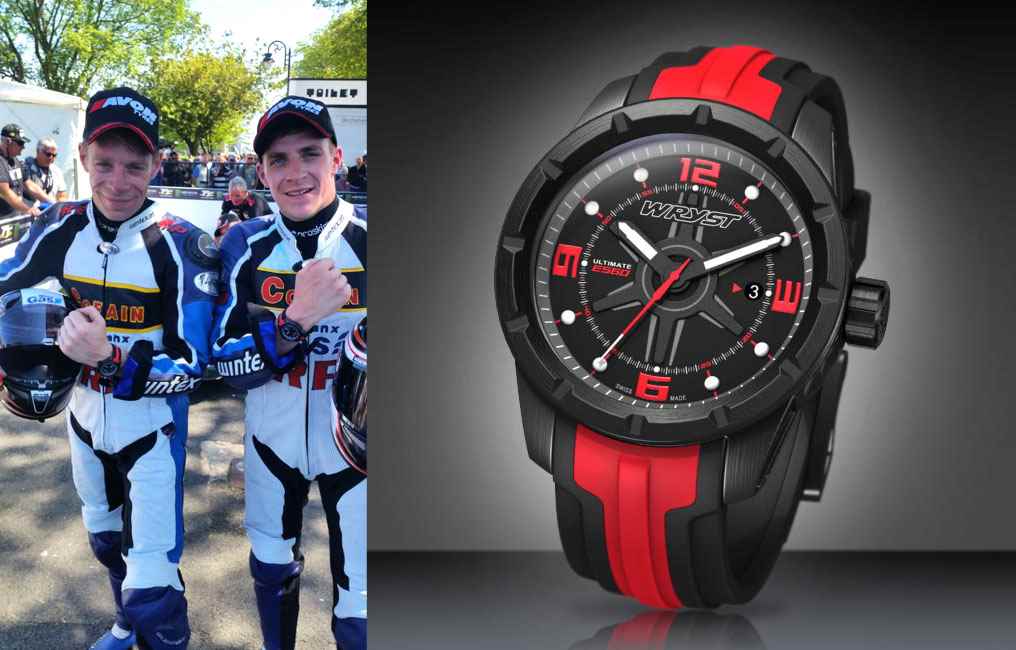 This year McGuinness reclaimed the outright Mountain Course lap record on the final lap of the Senior TT when the CBR pilot posted a 132.701mph. This creates extra anticipation for the 2016 TT, where McGuinness has another opportunity to break Joey Dunlop’s impressive TT record.

The other main story of the 2015 TT was the one of Ian Hutchinson – known as “Bingley Bullet.” Before this year’s TT, Hutchy had some complications.

Following the 2010 TT – where Hutchy become the only rider in history to sweep all the solo races – the 35-year old suffered a nasty crash during the 2010 Silverstone British Supersport race. During the wreck, he was run over, and sustained some serious leg damage.

Wryst, the Official Timing Partner of the 2015 TT Races, has revealed the designs for the new limited edition ‘Isle of Man Tourist Trophy’ sport watch which is now available for pre-order.

The Swiss based manufacturer has developed The Wryst TT ‘Special Edition’ 2016 Chronograph, an exclusive timepiece dedicated to the iconic TT Races, the world’s greatest Road Race.

Complete with a tough black diamond-like carbon coating and premium design, the watch has an ultra-modern style and is packed with high performance specifications designed to deliver a tough, durable and prestigious timekeeper including offering water resistance to 100 metres.

The watch case back features a 3D recreation of the famous three legs triskelion with the inscription ‘TT’ and every watch has its own serial number and is marked ‘special edition.’ The watch face is also marked with TT at the 9 hour mark.  Every watch comes complete with a 45 mm case. It has a bi-colour black and yellow high quality silicone strap.

2016 TT Races winners will be early recipients of the watch but it is also available at £695 (GDP) and comes with a one year manufacturer limited warranty.  They can be delivered worldwide from the first quarter 2016. 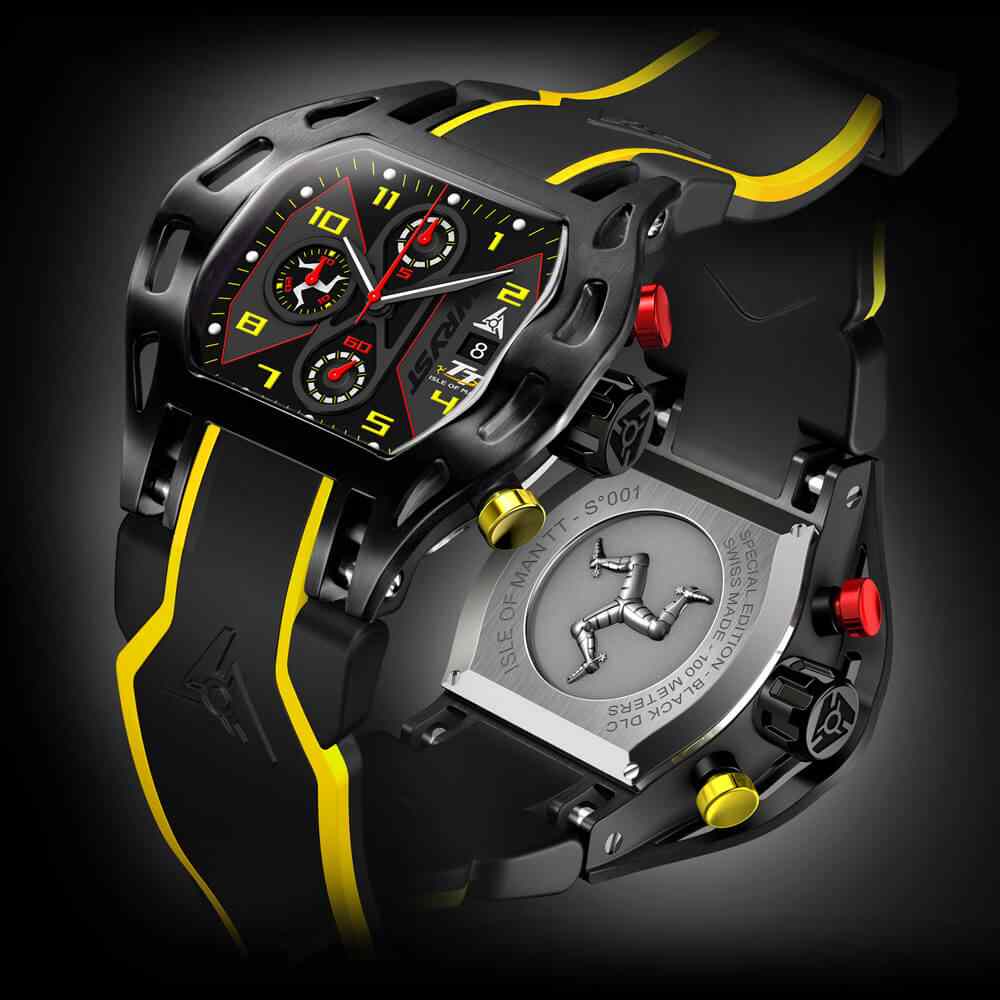 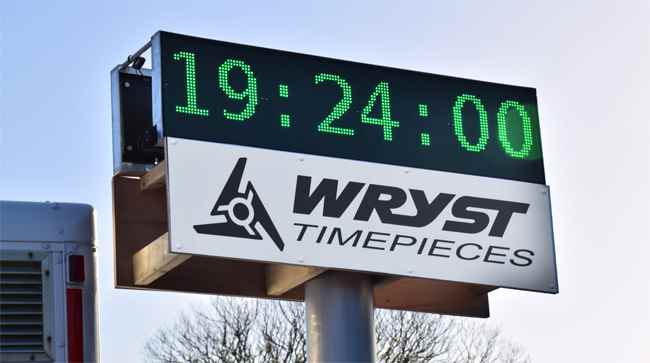 It really is a shame we did not get the TT Races this year... This has certainly stopped me from enjoying my favourite yearly event. More of it hopefully in 2021 - I hope there will be 3 TT event instead of the usual 2 (TT race - Classic TT).

Fantastic races this year once again. I will consider buying the Wryst IOMTT watch next year during the event. Nice to have a clear recap of all the winners here! Thx